No products in the basket.

Once you have decided on the elements of your unique signet ring, contact us via telephone, email, or by visiting our shop in Piccadilly to discover the cost and order your ring. 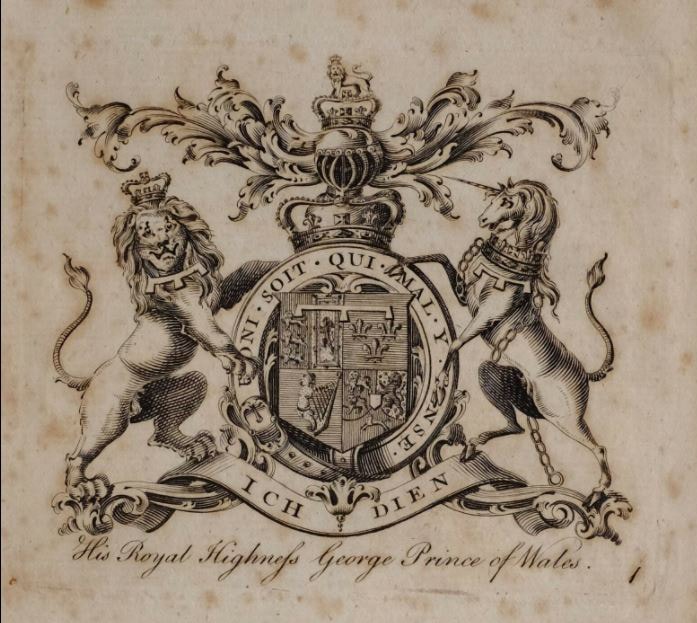 The History Of The Coat Of Arms

Designed to be proud and powerful, the coat of arms is somewhat shrouded in mystery and allure, but remains a popular choice for engraving on signet rings. Developed in Europe during the 12th century, during the days of knights and jousting, the coat of arms was used as a method of identification for powerful individuals like kings, princes and knights and would be found on the signet rings, or ‘seal rings’ of these men.

In practical terms it was used to identify a knight while he was disguised by his armour, but its metaphorical meaning stems further as a symbol of nobility and chivalry. The cloak or “coat” he wore was decorated with the same illustrations, giving way to the name ‘Coat of Arms’. While the vast majority of us no longer joust nor fight in warfare, the powerful connotations with a coat of arms means its use is still prevalent even today.
Portraying family lineage, these symbols conveyed wealth, power, and chivalric prowess, passing from father to son along with titles and land – and provided the perfect status symbol.

The Structure of the Coat of Arms

Royal Coats Of Arms of the United Kingdom

The crest differs from the Coat of Arms as it makes up one heraldic element of the whole. The crest alone is often used engraved on signet rings, as it is a more simplified representation of a family lineage. 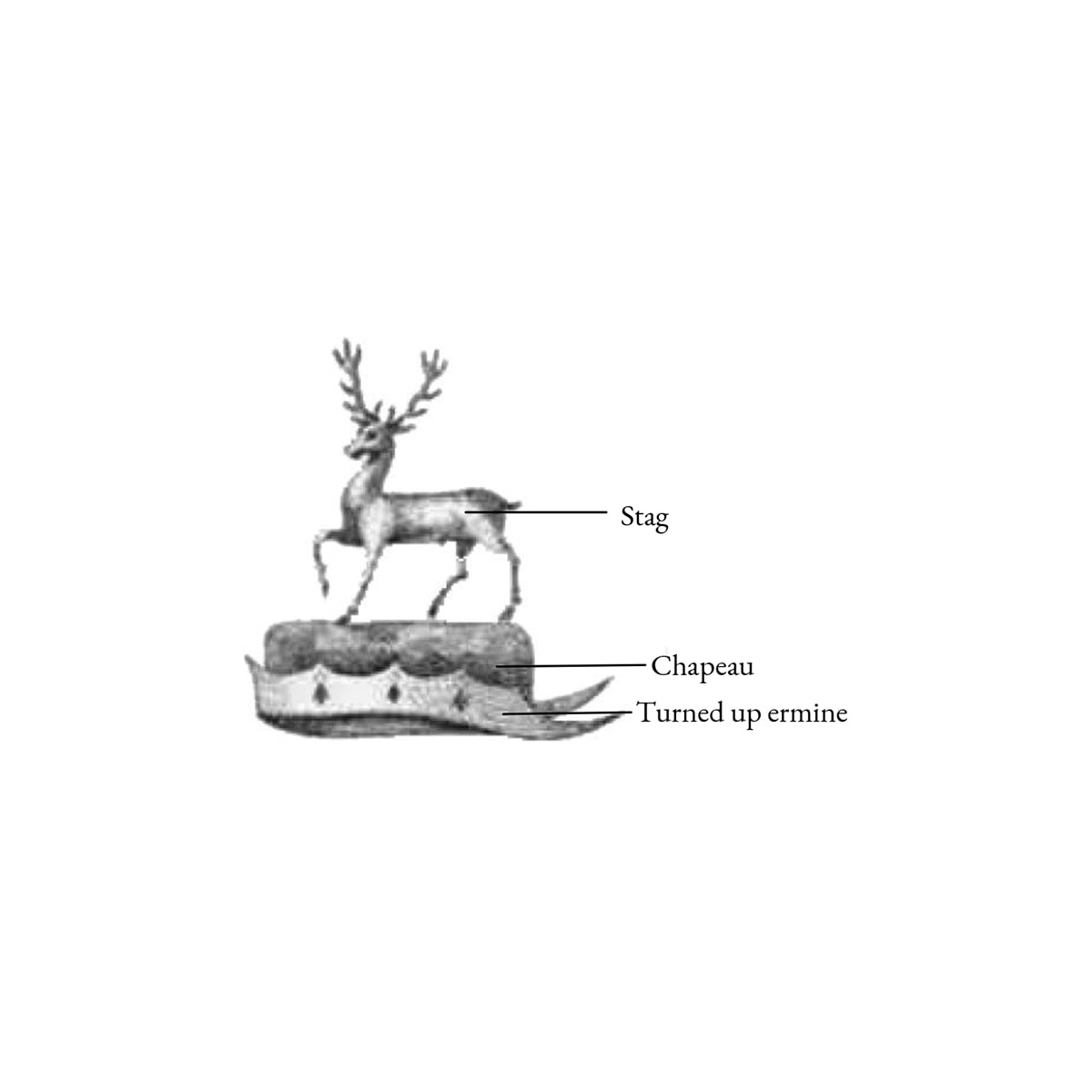 Northcotc: On a chapeau gu., turned up erm., a stag trippant arg. 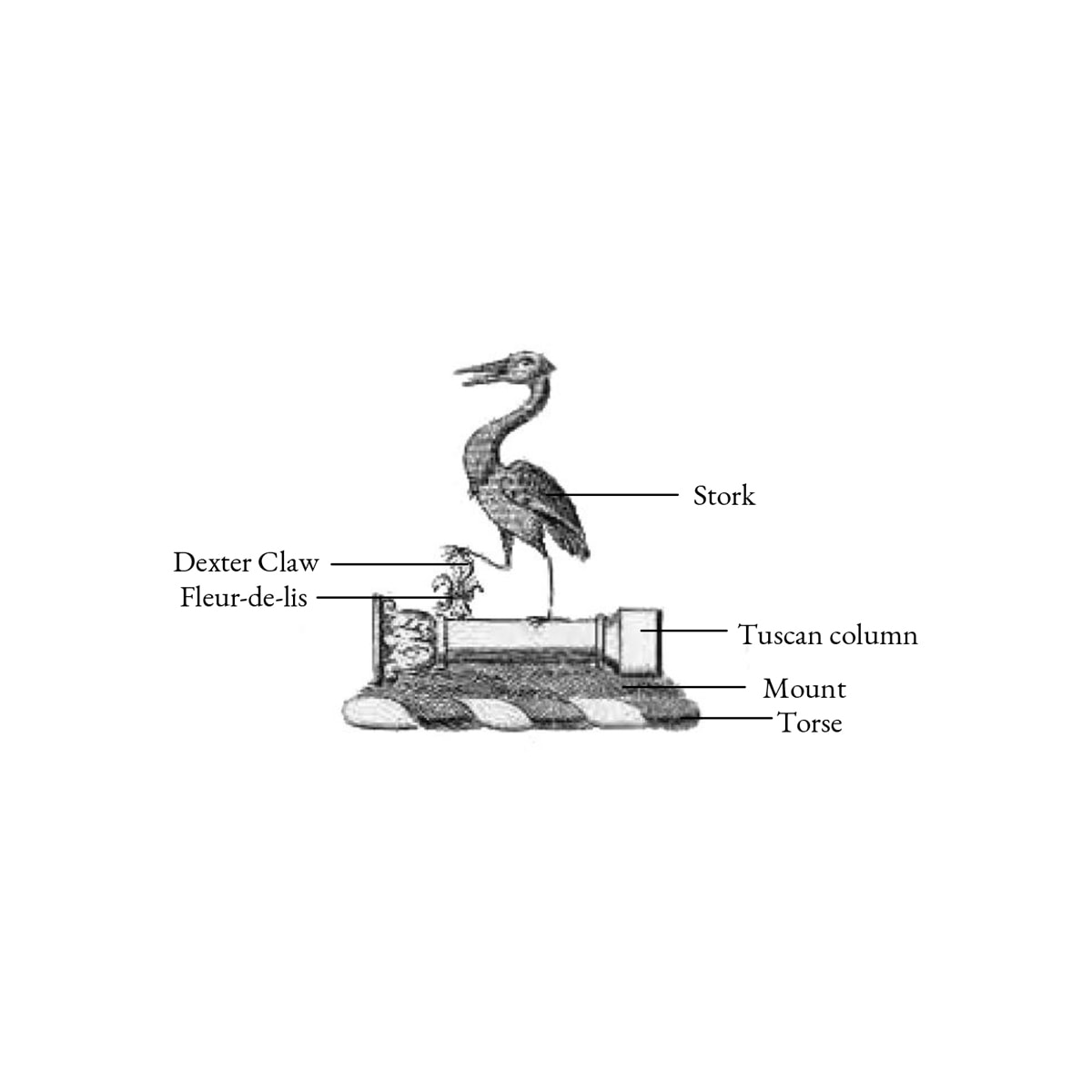 Banks: on a mount vert; a stone column of the Tuscan order, fesseways, thereon a stork ppr., the dexter claw resting on a fleur-de-lis. 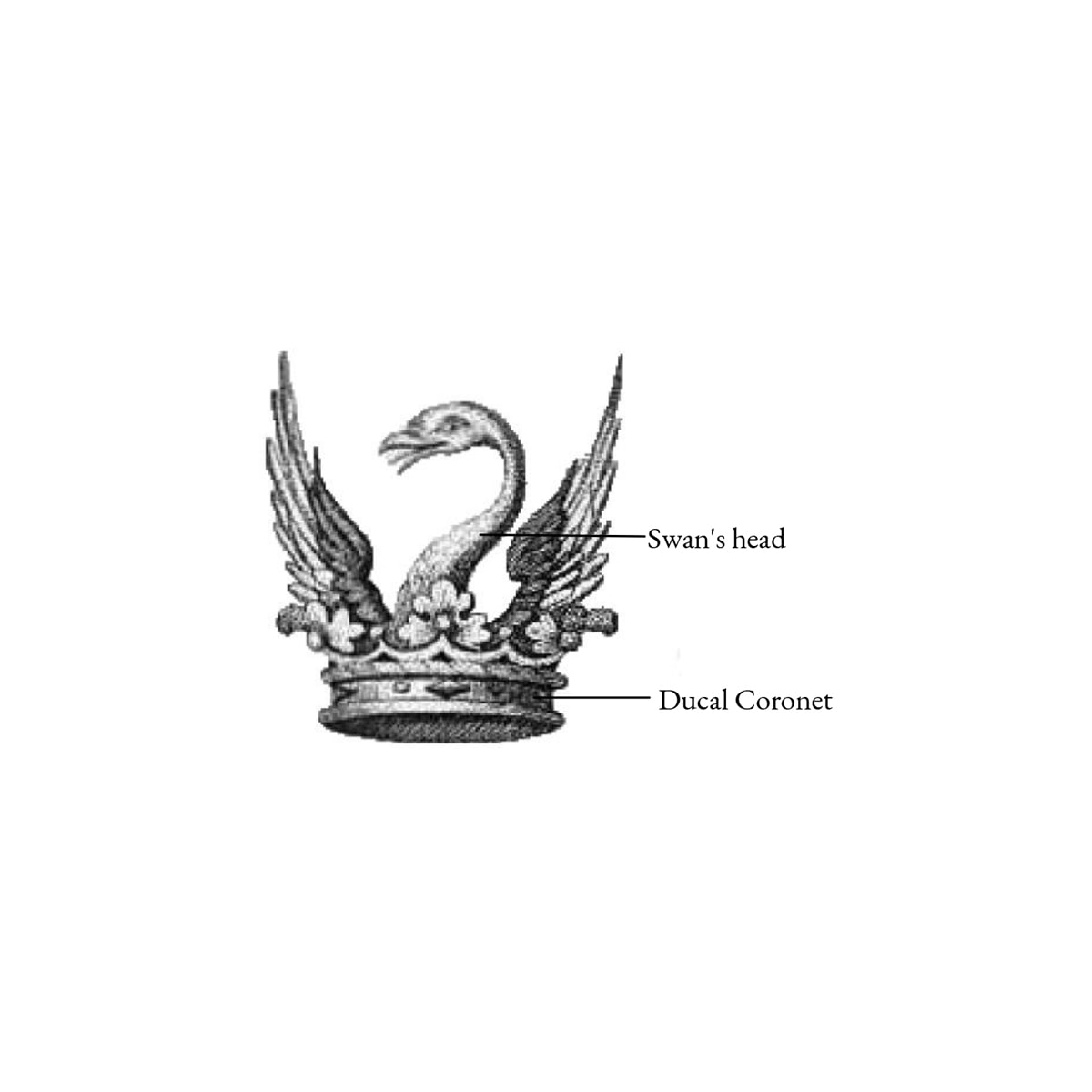 Fagan: Out of a ducal coronet a swan’s head and neck between two wings, all ppr.

The addition of a motto to a coat of arms was a later development, and not all Coat of Arms will necessarily have one. The origins of each and every motto is impossible to know, however mottos will represent the likes of a belief, aim, battle cry or value.

Following tradition, most mottos are written in Latin. Historically the language of scholarship, law, and nobility, Latin was widely spoken as a second language by the rich and educated throughout Europe in the Middle Ages, making it an obvious choice for widespread understanding. Even in the modern day, Latin lends a gravitas to mottos, and is still the root language of many aspects of science, law and academia.

Your Family’s Coat Of Arms, Crest And Motto

Our comprehensive library of family crests and associated mottos enables us to help you trace your own. We are also able to help you to determine your own coat of arms or to create one through the services of the College of Arms. 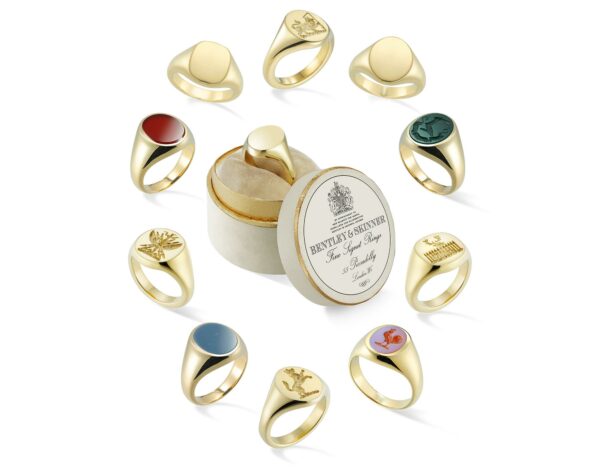 1. Create Your Own Signet Ring

Explore the steps to create a customised Bentley & Skinner signet ring. Once you have decided on the elements of your unique ... 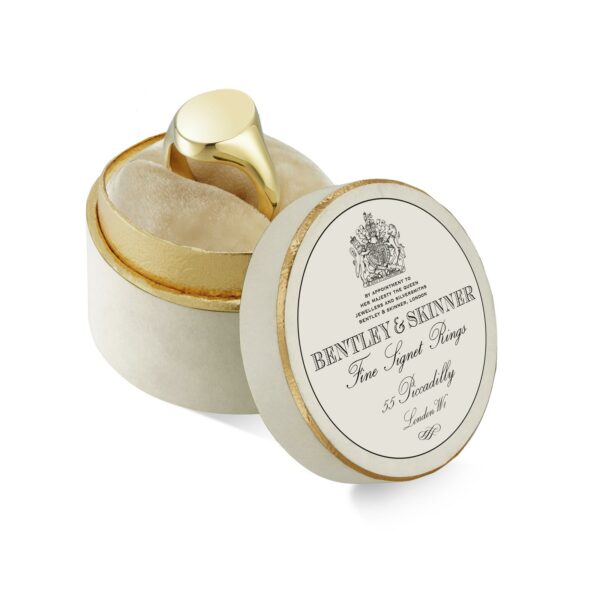 2. About the Bentley & Skinner Signet Ring

Offering the best of British tradition and understated elegance, Bentley & Skinner have been supplying signet rings since 1880. 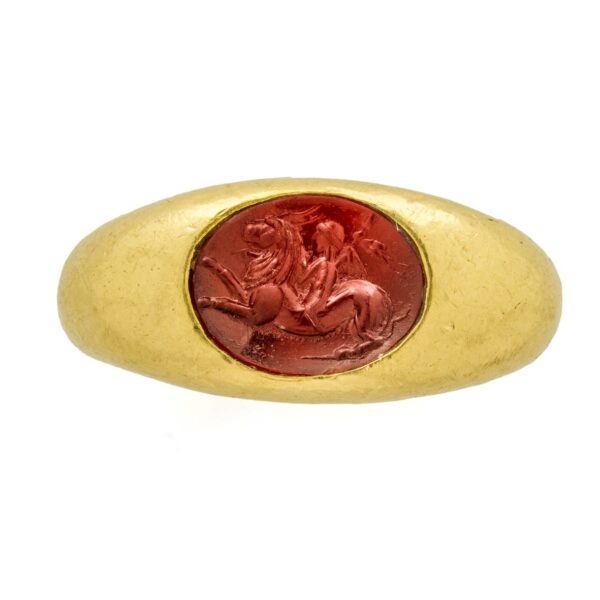 3. The History Of The Signet Ring

In its most simple definition, the signet ring’s name originates from the Latin word signum, meaning sign. 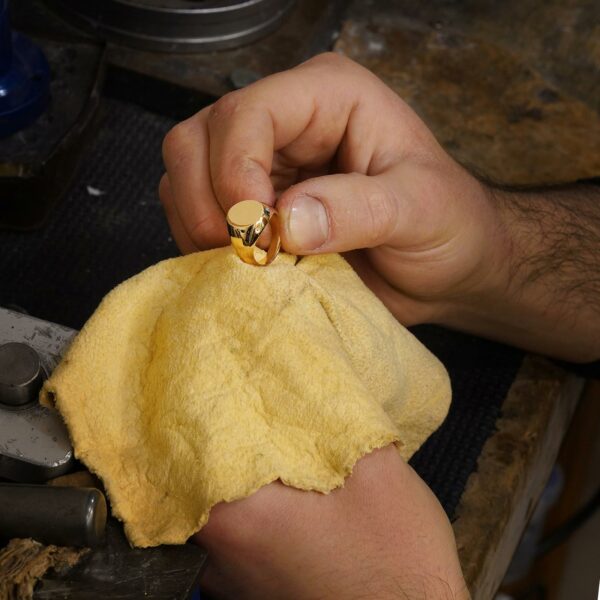 4. The Manufacture Of Signet Rings 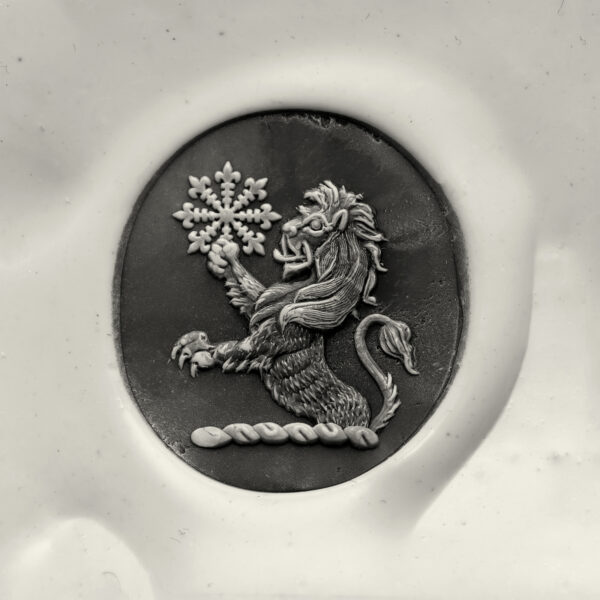 The finishing touch to any signet ring is the engraving. Bentley & Skinner are proud to have access to the UK’s finest hand ... 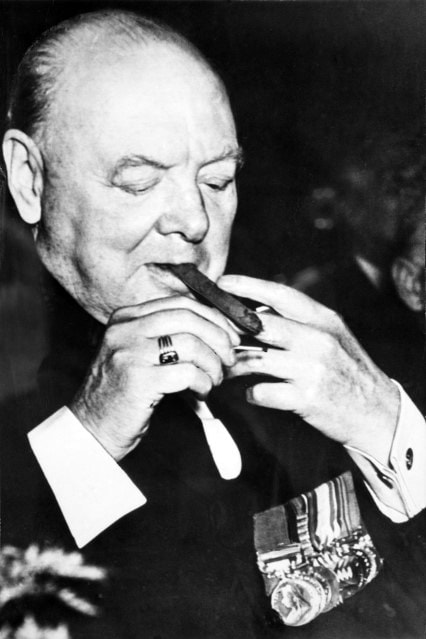 7. The Etiquette Of Wearing A Signet Ring

The traditional way to wear a signet ring it to wear it on the little finger of the non-dominant hand. Thus, the standard is for the ring ...