No products in the basket.

Damien Hirst diamond set skull ‘For the Love of God’ 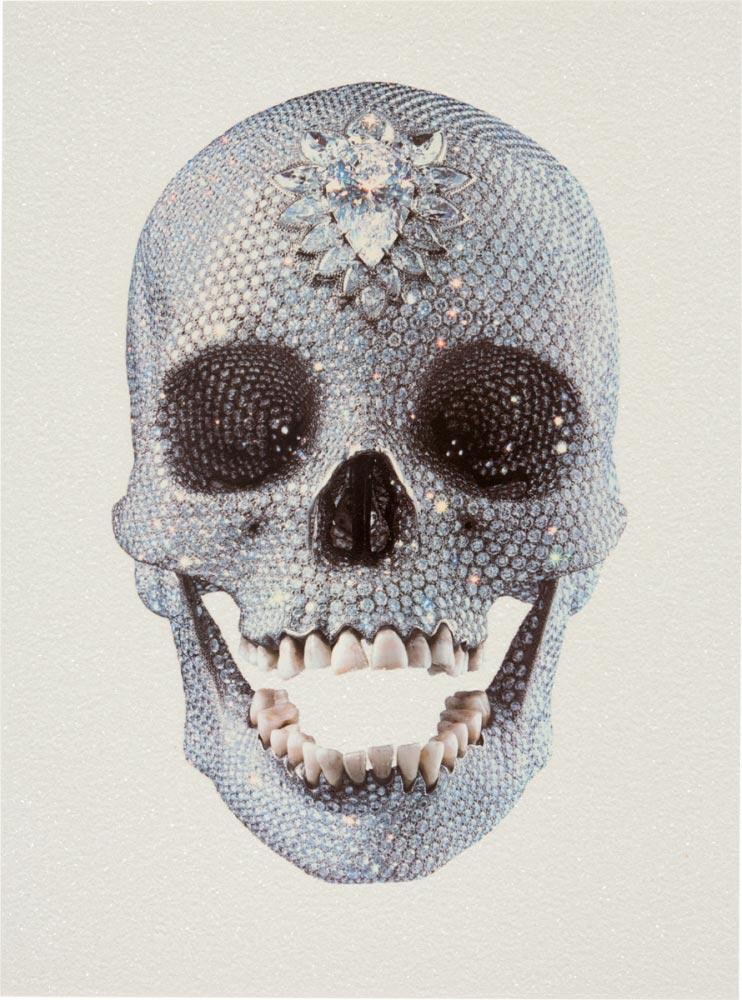 Bentley & Skinner collaborated with Damien Hirst to produce his masterpiece, ‘For the Love of God’. This unique work of art is a faithful copy of an original human skull, cast in 2,156 grams of platinum and set with 8,601 perfect diamonds. This is the largest diamond piece to be commissioned since the Crown Jewels. It is set with 1,106.18 carats of the finest quality ethically-sourced brilliant-cut diamonds.

The forehead of the skull is mounted with a magnificent internally flawless light fancy pink pear-shaped brilliant-cut diamond weighing 52.40 carats, surrounded by fourteen D flawless white brilliant-cut pear-shaped diamonds, weighing a total of 37.81 carats. The work bears the signature of Damien Hirst and the London platinum hallmark of 2007.

The jaws of the platinum skull have been set with the teeth extracted from the original skull which was bought from a London taxidermy & natural history artefacts shop in 2005. It proved to be that of a male of European ancestry who died in his mid-thirties. Radiocarbon results date the skull somewhere between 1720 and 1810.

The large pear-shaped diamond, called the Skull Star, in the centre of the forehead is a magnificent gemdisplaying a delicate blush of pale rose pink. It ranks amongst the most significant and exceptional coloured diamonds in the world. In fact, it is the largest recorded pear-shaped pink diamond in existence. The original crystal weighed 129.81 carats and was cut in Antwerp into a perfect flawless pear-shape stone weighing 52.40 carats. Though perhaps not the largest of all diamonds found, it nonetheless holds its unique status in history as being the largest diamond ever to be used in a work of art. It is also the first diamond of its size and importance to have been acquired and named by an artist. In designing the Skull, Mr Hirst had always envisioned incorporating a ‘third eye’, a symbolic organ of spiritual perception and one of the higher chakras, in the centre of the forehead, and it was by extraordinary chance that this beautiful diamond fitted perfectly.

At the time it was offered to Mr Hirst, it was suggested that he might wish to entitle it the ‘Hirst Diamond’ but he thought it more fitting to name it the ‘Skull Star’. Bentley & Skinner Managing Director Mark Evans said at the time, ‘This commission has been an extraordinary challenge, and a privilege and joy to fulfil. My staff and I understood the enormity of the task we had taken on, but were thrilled to help turn an artist’s dream into reality. It was Mr Hirst’s insistence that only the finest materials and workmanship should be used and that was the driving force behind this exciting project’. Whilst Damien Hirst said, ‘I could only have ever imagined creating the diamond skull with Bentley & Skinner of Bond Street because they are a company associated with quality over cash, and the finished object is far beyond my wildest expectations. It was a massive project for everyone at Bentley & Skinner and 18 months in the making – god knows how they did it with smiles through the blood, sweat and tears’. ‘For the Love of God’ was originally exhibited in Damien Hirst’s show ‘Beyond Belief’ at the White Cube gallery in London from the 3rd June to 7th July 2007. It has since been on display in the Rijksmuseum in Amsterdam, and the town hall in Florence. It was last seen in public at the Tate Modern exhibition ‘Damien Hirst’ from April to September 2012. 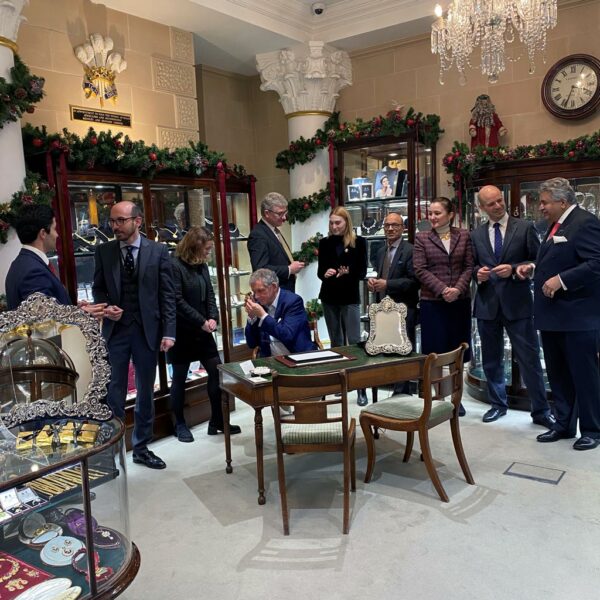 Bentley & Skinner are delighted to make all the jewellery available for hire. Items of jewellery may be hired at a charge of 1% of the retail value plus VAT for every period of 24 hours or part thereof. A minimum charge of £100 plus VAT per day is applicable. 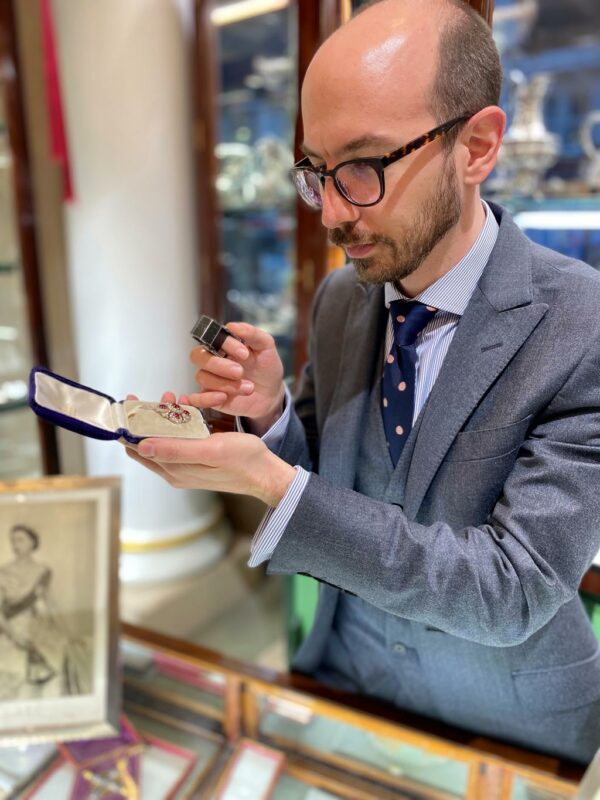 In addition to buying and selling jewellery, we also offer a comprehensive range of services including repairs, valuations and jewellery hire and always seek to offer the fullest advice and best care possible. Our exceptional reputation is your guarantee of first class attention and is a mark of the personal approach we take with each and every customer. 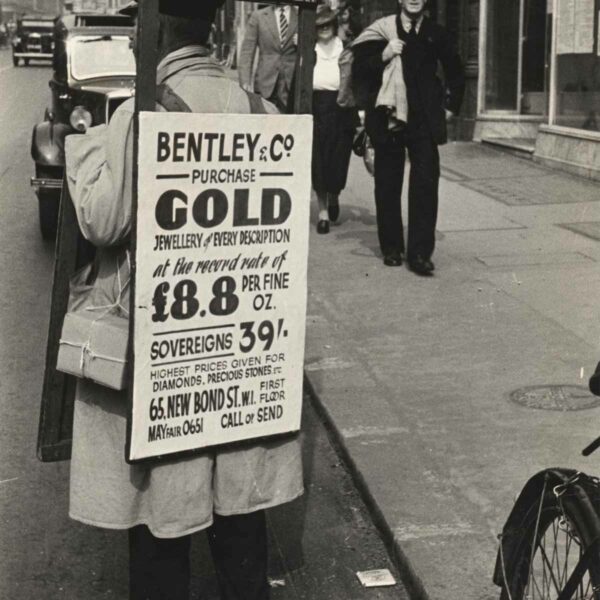 Mayfair is legendary: for precious jewels, antiques and works of art, fashion and the accessories of gracious living, its shops are unsurpassed anywhere in the world. 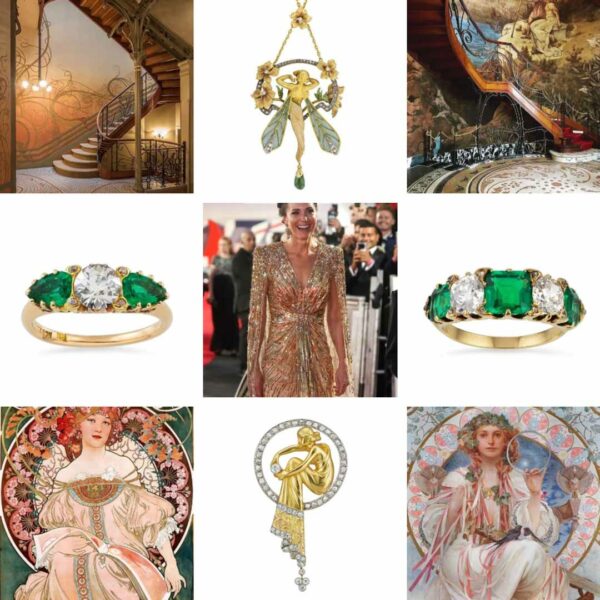 The Pursuit of Beauty: A Bentley & Skinner Miscellany

A collection of precious jewels, inspiration and works of art. 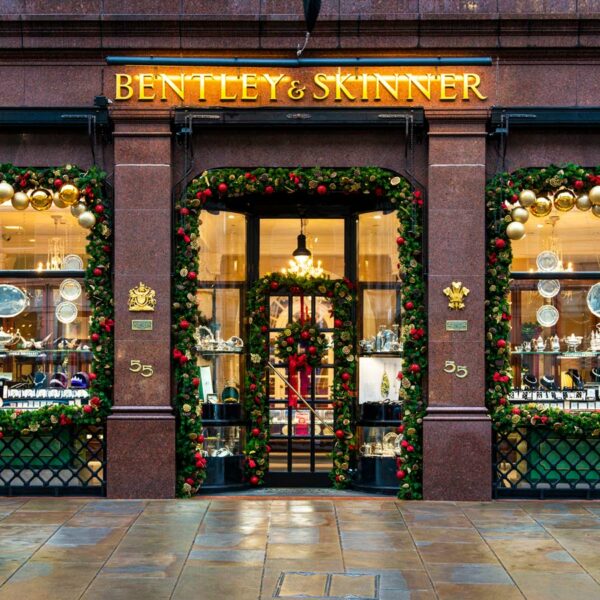 You can contact us by phone, WhatsApp or email. 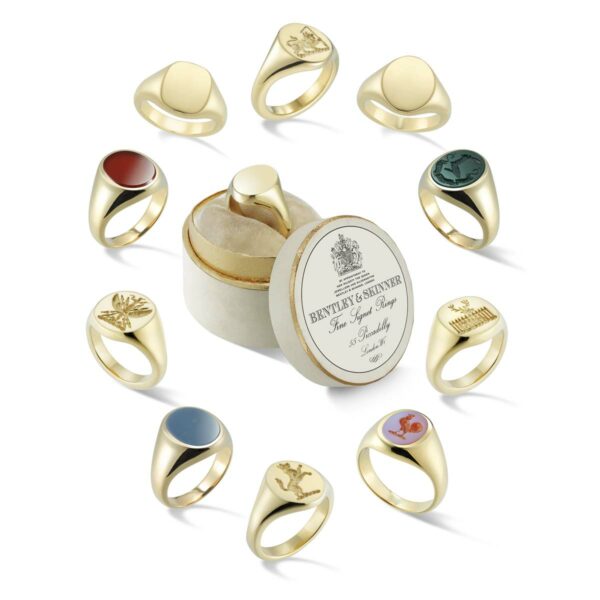 We are able to offer both hand and machine engraving of most items of jewellery and also silver items such as photograph frames or christening gifts.